The Kindles are the biggest news to come out of Jeff Bezos and Amazon today, but there was some other interesting stuff announced, too.

This is a new way to follow and support your favorite authors. You subscribe (pay once) and then receive all future installments or “episodes” of a book or book series. This enables readers to be able to give feedback to authors while they’re writing.

So far there are 8 Kindle Serials available or soon available: 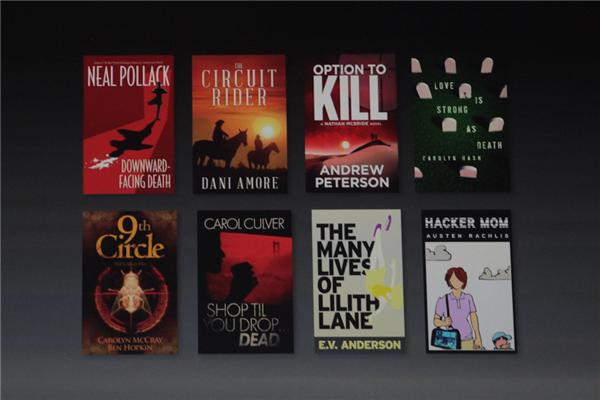 Ebooks will now show author bios. I believe this will be a choice on the menu that currently shows the table of contents, beginning of book, furthest page read, etc. This is pretty neat.

In 2008, Kindle buyers read 2.56 times more than they did before they bought a Kindle. In 2011, that number jumped to 4.62 percent. It would be interesting to know how exactly they came up with this number, but I know that I personally started to read more when I bought my first Kindle.

Bezos also mentioned that the Kindle Fire makes up 22% of the country’s tablet computer sales. That’s a pretty darn good number but again, I wonder how it was calculated.

Bezos explained the rationale behind offering Amazon’s tablets and e-readers at such a low price. He said, “We want to make money when people USE our devices, not when people BUY our devices,” and “We don’t need you on the upgrade treadmill.” In other words, Amazon makes money when we buy music, movies, and books for our Kindles, not when we buy our Kindles. This is opposed to Apple’s model. Apple makes a lot of money from hardware sales.

And finally, no Kindle phone was announced, as had been speculated for some time.

Official Amazon Deals of the Day

• Kindle eBook Deal of the Day

• General Merchandise Deals of the Day

• Streaming Video Deal of the Day

• Software Deal of the Week

• Video Game Deal of the Day

• Android Free App of the Day

It looks like the email spoofer has gone elsewhere, but if you get any spam that claims to have been sent from this domain, please use the contact form to report it. Thanks!
Follow @amazopia on Twitter!